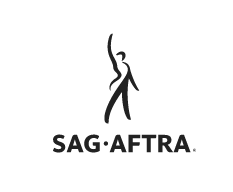 musicFIRST — the voice for fairness and equity for music creators — announced its support for the American Music Fairness Act, which was introduced in the House by Reps. Ted Deutch (D-FL) and Darrell Issa (R-CA) to ensure artists are fairly compensated when their music is played by FM/AM radio stations.

The legislation rectifies an injustice that has existed for decades: despite the hundreds of billions of dollars that massive media corporations like iHeartRadio and Cumulus have been paid by advertisers, they have never shared a penny of that money with artists. Across the country, thousands of artists and music creators work to build a career to support their families by playing the music they love — but the rules are rigged against them.

The American Music Fairness Act also levels the playing field by ensuring all competing music platforms are treated the same and ending the archaic and unfair subsidy under which FM/AM stations pay nothing for recorded music while their digital competitors pay fair market value royalties. Music services should compete on the merits, not based on legal loopholes that distort the market and shortchange music creators.

The bipartisan bill from Reps. Deutch and Issa — which has attracted original cosponsors from both parties, including Rep. Jerrold Nadler (D-NY), Rep. Tom McClintock (R-CA), Rep. Karen Bass (D-CA), Rep. Diana Harshbarger (R-TN) and Rep. Judy Chu (D-CA) — aims to finally right these wrongs. Additional information about the legislation — including a fact sheet about the bill’s provisions — is available to download here.

The American Music Fairness Act would require FM/AM radio stations whose gross annual revenue is greater than $1.5 million — or stations owned by parent companies whose annual revenue tops $10 million — to pay the artists whose songs they play to fill their airwaves. The bill also includes broad exemptions and low annual flat fees for smaller stations and public, college, and noncommercial broadcasters, and protects songwriters by ensuring payment to artists do not come out of their share of royalties.

“The rules have been rigged in favor of a few massive, multi-billion-dollar media companies for far too long,” said Congressman Joe Crowley, Chairman of musicFIRST. “I’m thankful my former colleagues are taking up this cause. The introduction of the American Music Fairness Act is a crucial step in the fight for music fairness, and I’ll do everything in my power to help ensure it gets signed into law. It’s time to balance the scales and ensure that hard-working artists all over this country are paid fairly for everything they do to make the music we love.”

“The idea that any industry should make a profit off a creator’s property without properly compensating them seems ludicrous, but this is a practice that continues to persist in terrestrial radio,” said Richard James Burgess, CEO of the American Association of Independent Music. “As a longstanding member of musicFIRST and a longtime advocate of not only independent artists, but all artists who struggle to be fairly paid for their work, A2IM applauds Reps. Deutch and Issa for championing this bill.”

“Since the dawn of radio a century ago, terrestrial broadcasters have benefitted from a lopsided loophole in U.S. copyright law that has denied recording artists, professional musicians and vocalists — the folks who make the music — from getting paid when their music is heard on AM and FM radio. The United States is the only major industrialized country in the world that does not have a terrestrial broadcast performance right for sound recordings. That is blatantly unfair,” said Ray Hair, International President of the American Federation of Musicians. “It is high time that Congress acts to correct the inequities that now exist and permit artists, musicians and vocalists, who bring such joy to the world, to be fairly compensated when their recordings are performed on terrestrial radio and on all radio platforms. The American Music Fairness Act will finally bring that fairness and the long overdue compensation they deserve.”

“We commend this bipartisan bill led by Reps. Deutch and Issa, and we thank them for joining us in the fight for fair pay,” said Harvey Mason Jr., President and CEO of the Recording Academy®. “Artists create music that can bring us together and heal us, and they deserve to be paid when their work is played on FM/AM radio.”

“The American Music Fairness Act takes a smart, calibrated approach towards solving a decades old problem in the radio industry,” said Recording Industry Association of America Chairman and CEO Mitch Glazier. “It will finally ensure that recording artists and copyright owners are paid fairly for their work regardless of the technology used to broadcast it while carefully protecting small and noncommercial stations to preserve truly local radio our communities depend upon.”

“The last year has reminded us of the importance of music. But music’s future depends, in part, on an end to the stalemate around the issue of paying artists when their songs are played on broadcast radio,” said Mike Huppe, President & CEO of SoundExchange. “The American Music Fairness Act is a sensible solution to a decades-long issue, and provides a path forward for both artists and small broadcasters to continue making the meaningful contributions to our communities and culture that we need now more than ever. We commend Reps. Deutch and Issa for championing this cause.”

Members of the musicFIRST coalition include the American Federation of Musicians, American Association of Independent Music (A2IM), the Recording Academy, The Recording Industry Association of America (RIAA), SAG-AFTRA and SoundExchange, among others.