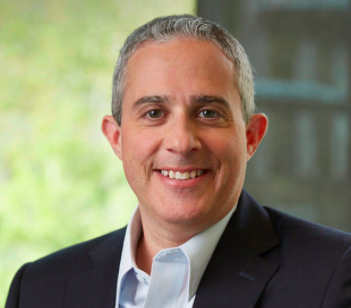 On August 4, 2020, Governor Kemp signed into law H.B. 1037, which enacts significant procedural changes to the state’s film tax credit allowed pursuant to O.C.G.A. § 48-7-40.26.  The new law appears to be in response to an audit report issued by the Department of Audits and Accounts (DOAA) earlier this year that called into question the manner in which both the Department of Revenue (DOR) and the Department of Economic Development (DEcD) have administered the film tax credit.

The legislation, which is effective for taxable years beginning on or after January 1, 2021, phases in a mandatory audit requirement for all state certified productions according to the following schedule:

Audits may be conducted in whole or in part by the DOR, an “eligible auditor,” or in some cases, a combination of the two.  Production companies are required to submit an application for the tax credit to the DOR within one year from the date that it completes a state certified production, and that application will indicate whether the production company intends to utilize an eligible auditor.

In cases of audits conducted by an eligible auditor, the DOR will review such audits, perform additional auditing as necessary (and make any adjustments to the tax credit), finalize the audit, and issue the final certification to the production company.  The production company is responsible for all costs of such audits.

As is typical with tax legislation of this magnitude, the details regarding these new audit procedures, such as documentation requirements and sampling methodologies, will be set forth in regulations to be issued by the DOR.

Ultimately, this legislation will help provide a consistent set of substantive and procedural rules for the calculation of a production company’s film tax credit, which should alleviate many of the concerns outlined in the DOAA report and provide certainty for purchasers of the credit that they will not be subject to recapture.

However, some production companies will experience a delay in the time they have to wait sell their tax credits.  For example, smaller production companies that rely on the sale of tax credits as a way to quickly return cash to investors or pay back creditors typically bypassed the state’s voluntary audit process under current rules in favor of receiving a report from a CPA firm since CPA reports are generally issued in less time than the state’s audit certification.  Under the new audit rules, these smaller production companies will have to wait until they receive final certification before selling their tax credits, which may take in excess of one year from when the tax credit application is submitted.

Aprio’s state and local tax (SALT) team works with all companies in the entertainment industry to claim and maximize their benefits under all of the state’s entertainment-related tax credits (i.e., film, gaming, post-production, and music tax credits).  Aprio also provides full accounting, tax, and business advisory services to these companies.

How To Ensure Music’s Survival In The COVID Era

Loan Out Corporations: What are they and how do entertainment professionals use them?