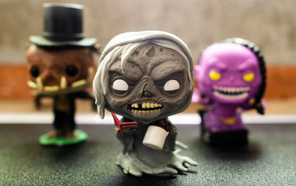 Although we never envisioned slinging hand sanitizer, masking, and homeschooling as a part of our feature-color-finishing or TV-series-mixing process, we welcomed this new level of collaboration and fully immersed ourselves in the one thing we did see coming in 2020: remote post-production workflow.

Over lockdown we worked on a variety of features and series, from Dirty Jobs: Rowe’d Trip (Discovery) to Electric Jesus—”the 80’s hairband music-comedy you’ve been saving yourself for”—from Season 10 of Sunday Best and TIFF-featured documentary 76 Days, to post-finishing GA’s FIRST and very TOP SECRET Netflix Original Series mixed in Dolby Atmos and colored Dolby Vision HDR (more details to come!). Using a combination of collaboration tools already in our arsenal (Evercast, Streambox, CineSync, Slack, Asana to name a few), we began the spring quarter of 2020 conforming and coloring feature films with Flanders HDR monitors in our home offices and sound mixing series in our 5.1 above-the-garage studios. In the summer, we opened virtual cutting rooms for several series that resumed shooting and put editors to work at home. Now, as we roll into fall—that fall weather AM-I-RITE?—it seems that Hollywood productions are safely resuming shooting, and our entire post team is preparing for Shudder’s CREEPSHOW Season 2 with another remote hybrid setup.

Listen to the Atlanta Film Festival Virtual Panel Discussion on Post Production in the Age of Covid with our very own Drew Sawyer, who discusses how we quickly learned there are powers in limitations, and how our story-telling skills flourished in the remote world.

CREEPSHOW RETURNS WITH SEASON 2! Creep Calm and Carry on.

Screams came true last year when Moonshine Post successfully completed Creepshow Season 1, a completely MADE IN GA show, from Production to Post. The Walking Dead’s Greg Nicotero passionately brought back to life the old anthology horror originally created by Stephen King and George Romereo. It was a record breaking success on Shudder—a horror streaming service from AMC—and ranked as the #1 Most Watched Series Premiere and #1 Most Talked About Show for 2019 on the platform. In the middle of Quaran-streaming, Creepshow was brought to broadcast on AMC and continued to gain fans and followers. Creepshow was a landmark success for the film industry in Georgia and proved, again, that we have the talent and technology (and tax breaks!) that it takes to create exciting work entirely within the state.

TIME-TRAVEL TO THE 80s WITH SPACE KNIFE

Atlanta-based synth-rock band Space Knife (sometimes featured on Stranger Things) released an absolute time capsule of a video in August that, to be frank, we cannot get enough of. Craig Johnson joined forces with Karen Freed (Co-Director) and Randy Havens (Actor) for a nostalgic, 80s Sci-Fci nod to Flock of Seagulls’ Messages. It was refreshing to go retro with the edit and we took great pride in ensuring Randy’s classic ‘stash shined in all it’s neon glow-ry.