Ready to go to the movies, Filmmakers celebrate the return of the big screen 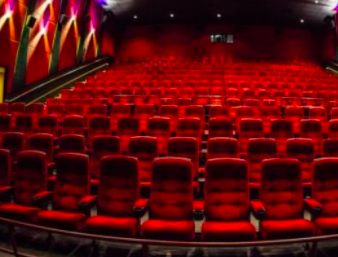 Leaders from 13 film studios showcased a sampling of their summer movie releases in celebration of the nationwide return of movie theatres. As a part of The Big Screen Is Back initiative, yesterday’s event featured presentations from studio heads and executives, as well as notable actors and filmmakers, including JJ Abrams and Maggie Q.

Arnold Schwarzenegger made a surprise appearance at the AMC Century City 15 Theatres to open the event and officially declare: “We are Back!” Jason Blum provided closing remarks.

The Big Screen Is Back is an unprecedented cross-industry coalition of studios, exhibitors, the National Association of Theatre Owners (NATO), the Motion Picture Association (MPA), and it is led by a small group of leading entertainment industry figures. Launched on April 25 during the Oscars® pre-show telecast, the initiative will continue throughout the summer to support the return of the movie-going experience.

The big screen event took place as confidence in moviegoing in the United States continues to increase. As of Sunday, 70 percent of Americans said they are now “very” or “somewhat” comfortable seeing movies on the big screen – a record high since the pandemic shut-down started last year, according to the National Research Group (NRG).

As of today, movie theatres are at least partially open in all 50 states.

Protecting American Creators and Innovators in Georgia and Around the Globe

Ready to go to the movies, Filmmakers celebrate the return of the big screen